Why Me?: A Philosophical Inquiry into Fate Michael Gelven 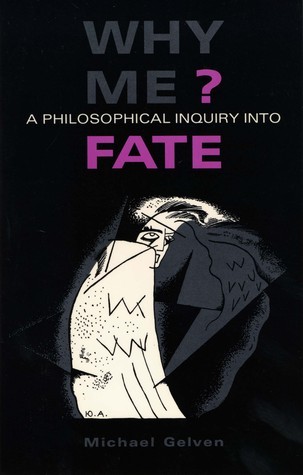 It is difficult to dismiss entirely the notion that certain things were somehow meant to be. Perhaps key events did not just happen but were inevitable, maybe even a part of our destiny. As thoughtful and critical beings, however, we may find that we cannot explain to ourselves or to others just what fate means.In this groundbreaking work, Michael Gelven confronts the question of fate and shows how it is possible to think clearly about fate without abandoning logic or philosophical sophistication.

Dismissing the mysterious or the psychological, Gelven subjects the issue to rigorous philosophical examination, thereby opening the topic to critical and rational sensibility.Gelven raises the challenging question what is fate? and seeks to answer it by expressing the problem in terms of what it means to be fated. Chance, destiny, fortune, inevitability—these four aspects of fate provide the foundation for the investigation.

Gelven closely examines these aspects through four corresponding figures—the gambler, the historian, the birthday celebrant, and the tragedian—and demonstrates how each interacts with fate. His findings are both surprising and provocative.Finally, Gelven explores the full significance of what it means to be an individual buffeted by uncontrolled destinies.

Placing the great human issues of freedom, mortality, rationality, and truth within the context of his discussion, Gelven reveals how our existential meaning is indeed consistent with our being fated. Written in clear, nontechnical language for the philosophical audience as well as for those who are simply perplexed by fates wanton authority, Why Me? offers an enlightening and stimulating inquiry into the nature of our existence.

Comments
Comments for "Why Me?: A Philosophical Inquiry into Fate":